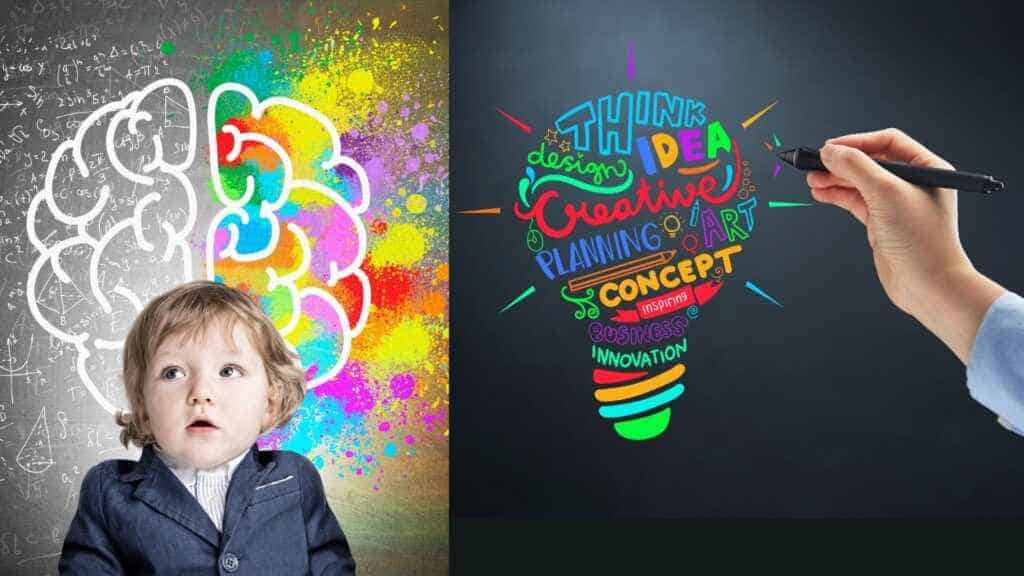 What Creativity is : Why is it important but difficult?

Let us make it simple – creativity is doing things differently to make things more efficient, more useful & more straightforward than the service or product was previously. Sometimes creativity is for the sake of creativity that may produce things so complex & so in-efficient that people do not use them. We have seen such creativity in the past. Here the creativity happened while the creator does not have the sense of people’s understanding & requirements in mind.

Why creativity is important?

Creativity is clearly the selection bias of the nature. When we were in the jungle, we were the weakest. We did not fight any animal with our muscles. We ruled the jungle with creativity – we made traps, weapons, guarding the wall, houses, etc for us. We trained wild animals to serve us. Thus we saved ourselves from vicious animals & the natural disasters for millions of years. All the war that is won is won by creativity – not merely by force.

In today’s civilization, change has become a norm, whether it is the economy, whether it is technology and business or career. The changes that are happening in today’s civilization are more aggressive than those animals that we faced in the jungle. But let us remember, we never became angry or we never fought them directly – that would have been a reductionist’s idea. We fought them with courage & creativity – not with anger & frustration. We learned quickly about those animals and then found ways around them – their power did not work on us. The same is true in today’s civilization – we have to remain creative in our business & career no matter what.

Now let us have a look at the chart –

The chart shows the exponential growth of Apple after Steve Jobs got rehired and given full power to his creative potential. He was hurt by the apple board of members once – he was fired from his own company.

He did not carry any burden of anger & frustration with him. He did not fight either. He took a long-term creative path towards a bigger success. Instead, he created a beautiful company PIXAR that was ultimately bought by DISNEY.

And when he came back to apple – he brought all his creativity into the play. You can see again in the line of nature’s selection bias towards creativity – he was the fittest. He was chosen & catapulted to a legend in his field. Success in business and career is directly proportional to your creative potential.

A reactive and short term brain can not become creative by the very definition of creativity.

That’s why the creativity is important.

Creativity doesn’t simply occur. It is a cognitive procedure that generates new thoughts or alters old thoughts into refreshed ideas.  Scientists studied the creative procedure and contributed to the Creative Process Model, which clarifies how an individual can shape apparently random musings into an ideal blend or solution.

The first stage is the preparation stage.

It is all about collecting information. This is the stage where you do research and understand the users to define the issue and your users’ needs. During the preparation stage of the creative process model, an individual gets inquisitive after experiencing an issue. For instance, a marketing expert may prepare for a marketing promotion by conducting market research and planning diverse promotional ideas.

The second stage is incubation stage.

At this stage, you take a step back from the issue and permit your brain to wander to allow it to think, and work the problem through. You open your brain to all ideas. During this stage, the individual doesn’t effectively attempt to discover an answer, however keeps on thinking about the thought in the head.

The illumination stage is the third stage.

This stage basically portrays the exemplary ‘eureka!’ shot of understanding. As musings develop, the individual has a revelation with respect to how to arrange her considerations together in a way that makes sense. The moment of illumination can happen suddenly. For instance, a person with the task of arranging an office party may have a theme idea while driving home from work.

The evaluation stage in the fourth stage.

After an answer uncovers itself, the individual at that point assesses whether the knowledge is worth the interest. That’s why evaluation is the fourth stage. An employee may make changes to his answer to make it clearer. He may talk with companions or bosses with respect to his experiences during this progression before seeking after it further. If he works with customers, he may look for a customer’s input and support before proceeding onward to the subsequent stage.

The implementation stage is the fifth and final stage.

At this fourth stage, you assess, examine and expand your thought. You clean it to ensure that it’s both valuable and novel. At this stage, you would also often decide to prototype and test your thought so as to see whether it addresses the clients’ issues which you characterized at the preparation stage.

The execution of a thought or solution in the creative process model is the point at which an individual starts the way toward changing her considerations into a final product.

For instance, during this progression, a painter may start sketching out shapes on a canvas with charcoal before putting oil paints to the medium. An individual may start this progression more than once to arrive at the ideal result.

For instance, a graphic designer may open a fresh digital canvas if she didn’t have the scale determined accurately on a past work, and she will keep on actualizing his thoughts and make alterations until she arrives at a satisfying final product.

Why is creativity becoming difficult?

It becomes difficult because we have more noise coming from the body and brain in today’s world.

When you are in a bar, and a loudspeaker is playing as hard as it can be – you cannot even listen to your own voice, sometimes, or the ring tone of your cell phones. But when you are alone in a silent room – say in the church, you can clearly hear even the minute voice or sound. Because noise can suppress useful sound that we may sometimes require to listen to.

Similarly, an unhealthy body & stressful brain produces noise signals so strong that we cannot use the creative modules of our mind.

Examples of noise in the body .

If we take refined sugar, our blood sugar immediately rises. In that response, Insulin comes out in our blood, and the sugar in our blood comes down rapidly. We feel foggy. We do not condition a proper sleep, and our body does not regenerate. It generates noise. Lack of minimum maintenance work – de-condition our body and disturb your autonomic nervous system’s balance, i.e., sympathetic & parasympathetic system. Our unhealthy lifestyle can produce a powerful body noise – so strong that we may not be able to do even regular activities properly leave apart creativity.

Examples of noise from the brain .

Lack of sleep increases adenosine in the brain – we feel foggy. The brain needs sleep to recover & also generate new brain networks. This is essential for learning & thinking clearly. Again refined sugar fluctuates dopamine in the brain – thus, motivation. The fluctuation of motivation & mood also causes instability in our capacity to focus. Focus is the state of the brain that is produced by the balance between our mood & motivation. Exercise brings endorphins in our brain – elevates mood. Exercise brings dopamine in our brain – elevates motivation. No doubt – our focus gets improved with exercise. No doubt that lack of minimum maintenance exercise creates more imbalances in our brain also. This creates foggy feelings. When we talk negative things to ourselves – we listen & we become worried by brewing these thoughts.  We also tag events & person “good” & “bad” – a self-conclusive data for our brain without any scope of analysis & learning. Our experiences in life without learning but with our judgments are garbage in our brains. The lack of flexibility of accepting things as they are & learn from them produce frictions – more stress – more noise. Falling prey into the mid-brain function – fight/flight/fright – we produce more noise. We rob our lateral thinking.

These noises from our body & brain suppress our capacity to listen to our inner talks of lateral thinking from our brain. These talks, we need to listen. Creativity doesn’t happen in the outside world. It happens inside our brains.

The first thing we have to decide is to de-noise our body & brain to listen to the inner sounds.

The collection of data for creativity with the least bias requires focus & attention without any judgment.

We need both divergent thinking & convergent thinking to spread the threads of thoughts & then bring them together to something useful. We need both states of focused and defocused mind to produce creativity. With focus, we bring the data inside. As we defocus, we allow our implicit memory (past knowledge & experience) to flow smoothly into our present thoughts, analysis & action.

The bottom line is that we need a healthy body & brain to produce a state of the brain that has lesser noise.

By changing the lifestyle to a healthier one and training the mind, the body & brain can be tamed to produce lesser noise. Then we are ready to give our brain the scope of high performance.

At this point, the base becomes ready where your brain uses the leftover energy to produce new neural networks. You become prepared to listen to your inner sounds of analysis & lateral thinking. With cognitive training, you can produce a state of focus & defocus at will. Thus, you can move into the “zone of creativity” with ease.

Creativity is clearly the nature’s selection bias for our success in our careers, businesses and life. Creativity has won the war from the jungles into the current civilization hands down, Remember, creativity is the expression of the highest physical & mental wellbeing where the both our right brain and the left brain are active, both our executive and default mode network are active and where we can be focused and defocused at the same time. Patience, flexibility along with long term outlook makes a person creative.