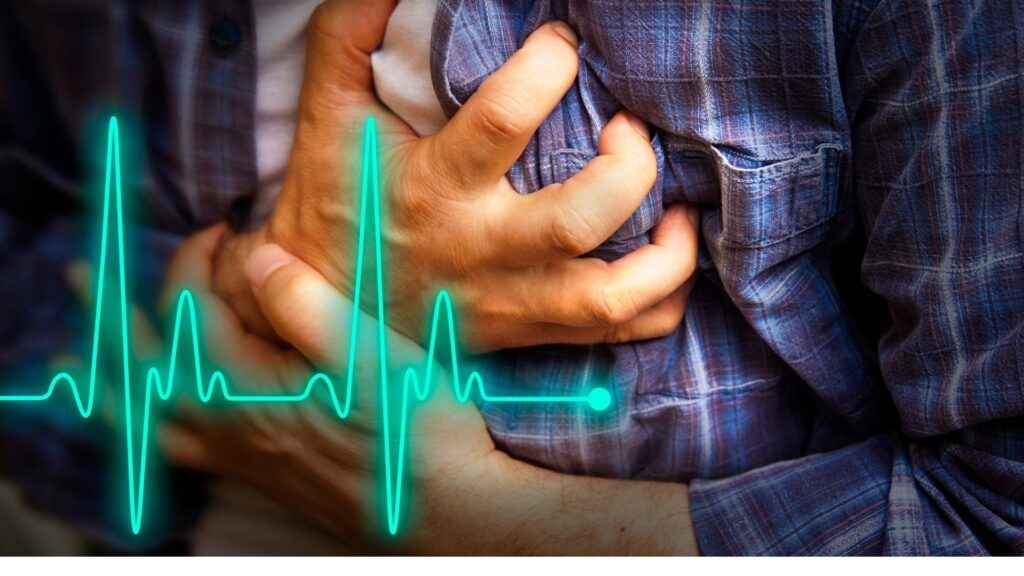 There are four main causes of MI in young adults below the age of 45, which are the following:

Post-mortem studies carried out on young adults who died for different reasons, advanced CHD was prevalent in men (20%) and less in women (8%). The test subjects were all between the ages of 30 and 34. Further studies such as the Bogalusa heart study also suggests a similar trend.

Among young adults with atheromatous CHD, cigarette smoking remains common in about 92% of the cases.

A genetic issue that alters cholesterol handing power of the body leads to rapid formation of atherosclerosis.

There are other unknown factors like anger and psychosocial stress, which have significant implications for MI and coronary artery calcification and can increase morbidity in young adults.

The use of cocaine is linked to different types of cardiac complications in young adults including heart attack. Most patients who misuse cocaine are also drug smokers, which puts them at higher risk of heart attack.

The effect of cocaine use can last for up to 76 hours after use.

Cocaine abuse can cause acute MI through different mechanisms, which include hypercoagulability (increased clotting of blood) and coronary vasospasm (heart arteries spasm) in the backdrop of increased sympathetic activity (stress signals).

Long term abuse of cocaine can lead to atherosclerosis.

The major challenge in the confirmation of MI in people with a history of cocaine abuse is the increased occurrence of false-positive creatinine kinase rise. In the absence of MI, cocaine abusers can also experience severe cases of arrhythmia can occur. Other problems associated with cocaine users include:

The use of marijuana and amphetamine can cause heart attack. However, there is limited data to ascertain the percentage of the link between MI and marijuana use.

Also, binge drinking of alcohol has been linked to the development of heart attack in young adults. Nonetheless, the mechanism of its development is not known.

In this condition your blood becomes thicker and clots easily.

Recurrent cases of arterial and venous thrombosis (i.e., antiphospholipid syndrome). The condition is more prevalent in younger adults in their 30s. The condition can be associated with other types of autoimmune diseases like systemic lupus erythematosus, primarily or secondarily.

Acute MI can result from thrombotic clogging up of a coronary artery. Patients with this condition tend to develop premature atherosclerosis. They also show an increase in platelet adhesiveness. In suspected patients, detailed analysis is required to arrive at a diagnosis.

Hypercoagulability is often linked to Nephrotic syndrome. Hypercoagulability can occur as a result of the combination of several elements. The factors include disturbance of the fibrinolytic system, decrease in factors that prevent rapid coagulation, and rise in blood cholesterol. These can lead to coagulation of blood inside heart arteries & can lead to heart attack.

Again, factor V Leiden mutation is also linked with the procoagulant state, which is reported to cause MI in young people.

The risk is particularly higher in people who smoke.

The use of contraceptives can also increase the risk of MI in younger women due to their procoagulant action.

In patients below the age of 45, there is a great difference in angiographic findings. The research shows the significance of vulnerable plaques and plaque rupture in younger adults. There are similarities between the findings and that in older adults, thereby, leaving room for more research on the mechanism that causes stable plaques to become unstable.

In young adults, the anomalies of the congenital coronary artery can cause MI. However, the presentation of this problem is usually very rare. In some cases, it can appearance can be a sort of surprise to the cardiologist in the catheterization laboratory.

There are also cases of myocardial bridging reported in young adults with MI. In this case, the coronary artery is buried within a tunnel in the myocardium under layers of muscles. Myocardial bridging reduction in blood flow to the heart muscle that leads to heart attack or myocardial infarction. Medical management is less effective in this situation. PCI and surgical splitting prove the most effective results in the management of patients.

There can be a spontaneous occurrence of coronary artery dissection in young adults (in this case the inner layer of heart arteries gets torn and that stops blood supply to the heart muscle that leads to heart attack.) The feeling of chest pain is often uncommon and women remain at higher risk in their around three months before and after the baby delivery.

The diagnosis of non-atheromatous CHD is usually made at necropsy, and the condition usually affects the left anterior descending artery. Treatment of this condition is best with surgery or the use of stentings.

In young adults, the major cause of MI from non-atheromatous heart attack is septic vegetation ( fragile ball of infection attached with the heart valve can throw tiny beats of infective material to all parts of body and block the blood flow inside heart arteries) from diseased aortic valves.

In the absence of septic vegetation, MI has also been reported to occur as a result of bacteremia (bacteria in the blood) in young adults.

The misuse of intravenous drugs can increase the risk of CHD.  The treatment of non-atheromatous heart attack also targets the treatment of the underlying factors of sepsis.

There is also a rare cause of heart attack or myocardial infarction in young adults, which is known as coronary artery aneurysms ( a sac like projection – more of a ballooning of a part of heart artery.)The mechanism of infection is believed to be due to embolization from the aneurysmal sac or as a result of extraluminal density.

Cases of MI as a result of paradoxical embolization ( a left side clot inside heart crosses from right side to left side through a hole in the heart that is present since birth) in a patient have also been reported. This clot gets stuck in the heart or coronary artery that leads to heart attack. One such birth defect is Patent Foramen of Ovale.

Diagnosis and treatment of Heart Attack (MI) In Younger Adults

There is a slight difference between the standard management and management of MI in young adults.

Similarly, to other heart attacks following symptoms are most common –

Patient can also be taken for primary ANGIOPLASTY ( a microsurgical procedure by which the the blocks to the flow of heart arteries are removed) to treat the block.

During an examination, ST-segment elevation in the ECG is likely notable in patients who visit the emergency department the moment they begin to experience chest pain. It is essential to take note of the values of serial ECGs as the dynamic elevation of the ST segment is linked to the use of cocaine.

In most cases, the ECG changes and chest pain will return to normal after the administration of vasodilators in patients experiencing a coronary artery spasm as a result of cocaine abuse.

For patients who present chest pain later than 12 hours, an abnormal Q wave is usually identified.

In all patients whether young or old, there is always a rise in cardiac enzymes (biochemicals which is normally present inside heart arteries, come out and found in blood as the heart muscles get damaged due to the attack ) in all cases of heart attack.  The increase of cardiac-specific troponin T / troponin I increase is usually the most sensitive signal of myocardial damage.

For patients who misuse cocaine, there is a false positive rise in the creatinine kinase.

For patients who show indications of long-term cocaine use, β blockers should not be administered till after 48 hours. Severe heart arteries spasm and inconsistent worsening of chest pain may occur as a result of unopposed α stimulation.

ST-elevation due to cocaine use in some cases may not be resolved by the administration of nitrates. In such cases, thrombolytic therapy (injection to dissolve the clot inside the artery) is advisable. There is a greater level of tolerance to thrombolytic agents with a good ST-segment resolution in the ECG by younger adults.

High risk should be considered high if following happens –

The need for early angiography (a procedure by which the heart arteries picture is taken) and angioplasty (a microsurgery by which that block is removed to re-establish blood flow) is essential for high-risk patients. Therefore, it is vital to refer them to a specialist.

Not every patient of heart attack requires a coronary angiography since most young patients have normal functioning coronary arteries. Consult a cardiologist.

Conclusion – Heart attack in young remains mostly preventable. Modification of lifestyle can prevent obesity, insulin resistance, cholesterol issues and thus blockage inside heart arteries by means of atherosclerosis. Stress coping strategies if learned can improve cognitive function, improve mode and motivation issues and prevent lots of addiction issues like cocaine. An awareness of these issues can lead to prevention of millions of disabilities and deaths worldwide.