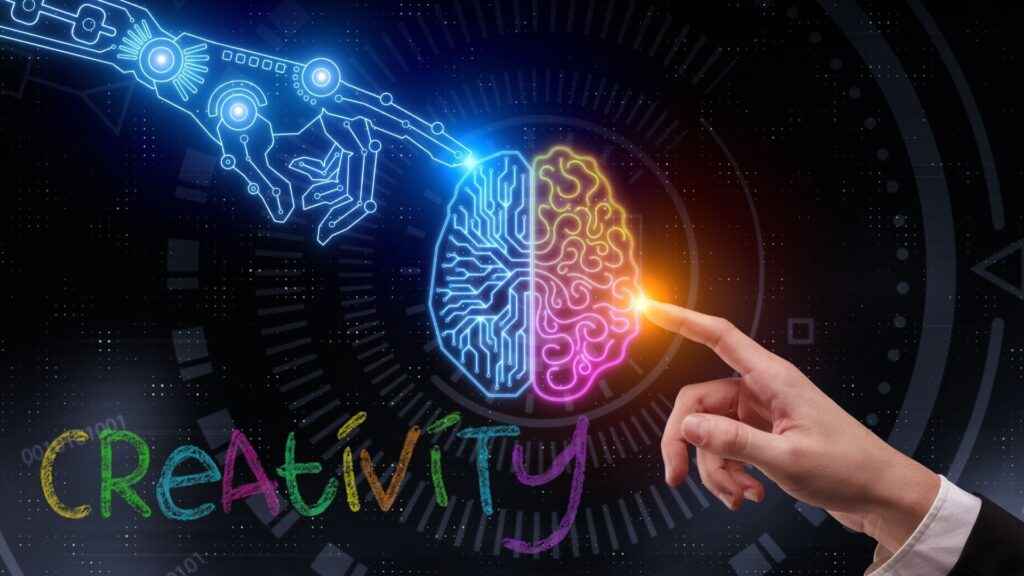 Creativity inside our brain happens not only due to the right brain but the left brain also required for validation and conjure practical sense to our new way of thinking. Three brain networks and two way of thinking – all are essential.

It happens with the balance in work of –

When you reflect on creativity, what comes to your mind? What’s going on in the mind during times of heightened creativity? We humans have unique creative software in our brains. We’re deliberately driven to create and develop, yet simultaneously we’re pulled in to the familiar.

Each individual has a unique thought and separate methods of seeing things. What made us make significant progress is likely a direct result of our extraordinary cognitive qualities – how we store and cycle data in our minds, join various thoughts, and run mental models. These qualities permitted us to take care of issues, make creations, and build on one another’s thoughts.

From a cognitive viewpoint, our mind permits us to deliberately think about an idea which at that point triggers another idea, which in turn triggers the next one, etc, prompting a surge of thought, something that probably doesn’t exist in other animals.

This cognitive capacity is the immediate consequence of how our mind stores data cooperatively, and is the reason behind why people can think of new and innovative thoughts.

In the published paper “Robust Prediction of Individual Creative Ability from Brain Functional Connectivity,” the neurological signature of creativity was uncovered using advance ways to recognize the neural network function.

The “Big Three” brain networks are –

The default mode network is what’s going on in the brain in a resting (but not sleeping) condition, the mind’s “inactive state.”

The executive control network screens what is happening, manages emotional parts of the brain, directs resources like awareness, and manages judgments and choices.

For creativity, scientists theorize that the Big Three networks of our brain work as a group:

On top of this vital schema, these networks can also impact each other through other feedback loops. For example, the executive control network may “tune” the manner in which the salience network scans internally, depending on the task at hand, in response to the environment.

In addition to the fact that it is a tough learning framework, clearly the brain has also evolved comparable to nature. With individuals, it isn’t only the physical condition; it is the universe of language, culture, thoughts, and social relations.

The degree of entropy is a lot higher because of these cultural and social elements, because the data reflected back has so many more possible states it can be in. That is entropy, a proportion of the quantity of potential states a framework can be in, and consciousness is very entropic.

The connections between these 3 networks, and the pace at which they interact, are indicators of how creative an individual will be. People with more connections are bound to consider new ideas, and consider new solutions and potential outcomes.

We humans are a creative species. When we evaluate what we do and make with what other species do and make, it is obvious that we are the most creative species. We are able to think critically. With regards to critical thinking and idea creation, two common different ways are divergent and convergent thinking methods. They are totally in contrast with each other yet very vital in our daily lives.

Convergent Thinking is a name created by Joy Paul Guilford, a psychologist who also created the name for the ‘opposite’ way of thinking, ‘Divergent Thinking’. In spite of the fact that they are totally different in terms of the basic meaning of the terms and how they work, the main intention is the same. Both these thinking procedures are implemented to explore creativity and get solutions to various issues.

The way toward making sense of a solid answer for any issue is called Convergent Thinking. It’s a straight forward method that focuses on figuring out the most effective answer to an issue. Its traits incorporate – speed, accuracy, and logic.

Techniques engaged with convergent thinking include perceiving the previously tested methods and reapplying them alongside the readily stored data. It usually means the capability to provide the “right” response to standard inquiries that don’t need noteworthy creativity, for example, many school tasks and standardized multiple-choice examinations for intelligence. Standard IQ tests gauge convergent thinking. Logic thought flow, pattern recognition, and the aptitude to tackle issues and testing information can all be assessed and graded in these tests.

Divergent thinking creates its name from the possibility that there are boundless number of answers for some random issue, not related they may be, which are then spread on the table to choose the best one. Its traits consist of – spontaneous, free-flowing, and non-linear.

Divergent thinking is a thought procedure or technique used to produce creative ideas by exploring numerous potential solutions. It is frequently used in union with its cognitive partner, convergent thinking, which follows a specific set of logical steps to arrive at one solution, which at times is a ‘right’ solution.

Research shows that getting ready for a creative thinking job can cause mood swings decided by the sort of thinking used for the job.

According to the research, convergent and divergent thinking influence mood in converse ways. While the previous set off a negative state of mind, the latter triggered the inverse – a positive state of mind.

Creativity inside our brain happens due to a balance between many opposite directional modules and parts. The balance of these brain nerve networks and way of thinking sits on the basic required trait (curiosity, perseverance and flexibility) to give rise to creativity. It is all about that balance.