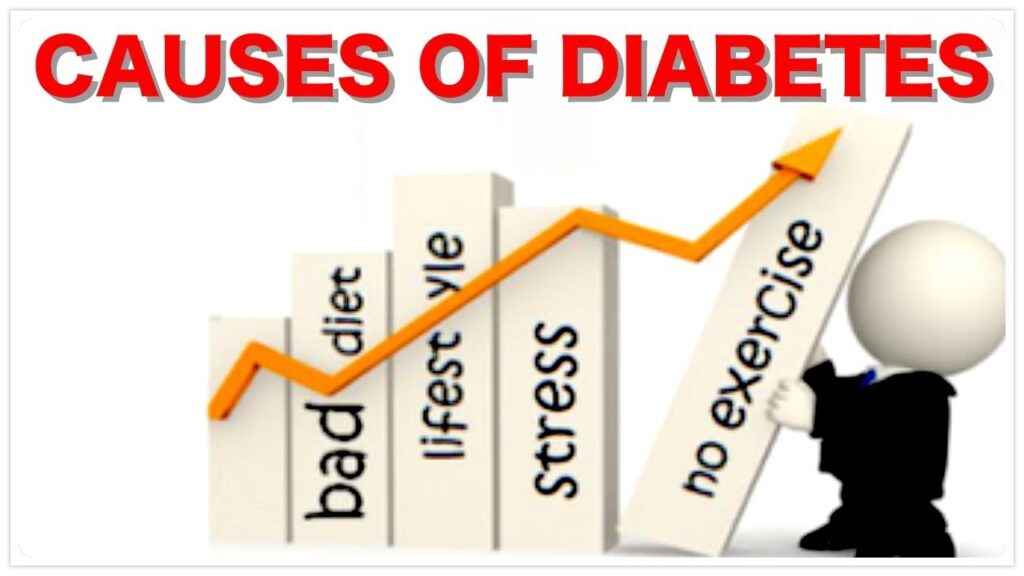 What are the causes of diabetes?

Diabetes can be caused by a variety of variables, including your genetic composition, family history, ethnicity, health, and environment. Because the causes of diabetes vary based on the individual and the type, there is no one-size-fits-all diabetes cause.

The cause of type 1 diabetes is the immune system attacking the insulin-producing cells in the pancreas. This results in diabetes because the body is unable to operate normally due to a lack of insulin. Because the body is attacking itself, this phenomenon is an autoimmune reaction or autoimmune cause. As a result, your blood sugar level increases, and you become diabetic.

There is no one particular cause of diabetes. There may be some factors involved such as a viral or bacterial infection. It can also be intake of food containing chemical toxins, or any unidentified component in your body causing this reaction. Additionally, the cause of type 1 diabetes can also be because of your hereditary trait.

If you are fat or have gained weight substantially, then there is a higher chance of type 2 diabetes. Also, if you are living a sedentary lifestyle which means that you are not exercising regularly or are physically inactive most of the day, then you are prone to type 2 diabetes. Type 2 diabetes can also be caused by increasing age since there is a higher probability of this type of diabetes in adults especially those over fifty. Finally, a bad diet can also be the cause.

Therefore, it is imperative that you exercise daily and have a hygienic food intake. As a result, the chances for you to have type 2 diabetes will be minimum.

Other potential causes of diabetes

There can be other causes of diabetes but these are usually rare in people because diabetes caused in these cases is the result of some other primary disease or syndrome. These may include pancreatitis or Cushing’s syndrome.

Thus, it is extremely vital that you should keep in mind all of these causes of diabetes so that the chances of yourself having this disease will be as minimum as possible.